Which Gardening Tools Are the Most Important and What Do They Do? 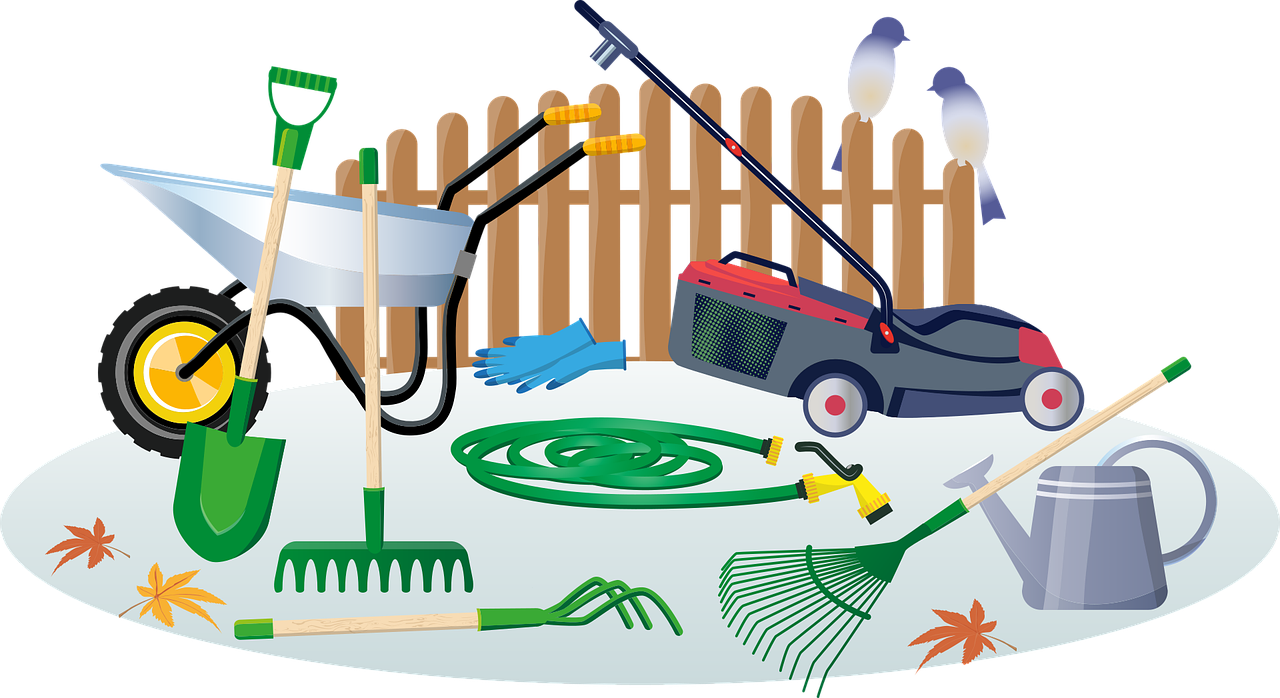 You’ll need a range of gardening tools to finish the job, depending on the complexity of your garden. If you merely have a few potted plants, a few hand tools will be sufficient. If, on the other hand, you’ve developed a complete garden with rows of plants that you expect to harvest in the fall, you’ll require some more robust gardening tools.

The following is a list of essential gardening tools, along with their intended purposes.

Backpack leaf blowers help lessen the physical discomfort involved with post-cleaning. It will reduce any aches and pains in the hands and legs. It operates in the same way as a vacuum cleaner and makes cleaning more fun.

Additionally, you’ll clean areas that a broom or shovel could miss. Backpack leaf blowers are a type of garden equipment that is powered and resembles a bag. They use compressed air to blast leaves and other garden detritus.

Undoubtedly, a trowel will be one of the most frequently used and vital pieces of equipment in your arsenal. It’s basically a portable shovel that you’ll use for a variety of tasks, including moving soil, digging, pulling weeds, and combining fertilizer.

For duties that are too huge for your trowel, a spade is the best gardening tool. A spade is a short-handled shovel with a rectangular blade and a perpendicular “D” handle for increased grip while digging.

In comparison to a pointed, bowl-shaped shovel, which is excellent for digging and breaking up soil, a spade is superior for slicing through stubborn roots and moving loose soil.

Garden trowels come in a variety of shapes and sizes and are frequently made with a combination of plastic or wooden handles and stainless steel.

A hoe is a time-honored piece of gardening equipment. There are various types, but the most common is the draw hoe, which has a flat blade attached to the end of a typically wooden handle.

Due to the blade’s perpendicular orientation to the handle, it’s great for moving and shaping soil, as well as weeding. Additionally, hoes can be used to create narrow and shallow planting ditches.

If you’re working in a limited space and are concerned about causing damage to existing plants, you probably won’t want to whip out the large rake for a short job. This task would be completed with the aid of a hand rake.

Similar to their larger siblings, hand rakes come in a variety of shapes and sizes and are used for similar tasks on a smaller scale. For collecting or removing debris, light duty hand rakes with flexible tines are offered. However, heavy-duty steel hand rakes with stiff tines are also available for breaking up soil and minimal tilling.

Pruning is necessary for certain plants. Pruning shears, which are effectively scissors on steroids, will be required for this task. Additionally referred to as secateurs, they are used to cut small branches and twigs with a diameter of up to an inch (2.5 cm).

Garden shears, a step up from pruning shears, can also be used for some light-cutting chores. It is a two-handed gardening tool that is usually used to cut hedges.

Anything greater than what your loppers can handle will require a bow saw. It’s simply a hand saw with extra coarse teeth that should easily split branches with a diameter of up to 6 inches (15 cm).

The days of spending hours on your hands and knees weeding your garden are over. While various gardening tools in your arsenal can assist you in weeding your garden, few are as effective as one designed specifically for weddings.

Weed pullers come in a variety of shapes and sizes, but the fundamental premise is the same: entangle the weed in the teeth, twist or clamp, and then pull. Additionally, some weed pullers come equipped with a leverage bar that enables you to extract weeds at an angle. The weed should theoretically be totally eradicated from the soil, roots and all.

For heavier-duty cutting, you’ll need loppers in your arsenal. Loppers are similar to pruning shears in appearance but have longer handles for extra leverage. Not only will the longer handles let you cut through thicker branches, but they will also help you to reach further without using a step stool or ladder.

A fully functional weed puller is suitable for removing huge weeds in large quantities. However, if you have small weeds growing among your plants, more finesse equipment will be required. This requires a portable weed puller, sometimes referred to as a dandelion digger.

Handheld weed pullers work similarly to their larger brethren, tangling the weed and roots in their teeth in order to extract the entire weed, roots and all. Generally, dandelion diggers resemble a long flathead screwdriver with a split end to aid in weed tangling. It should be pushed alongside the weed and then twisted and pulled.