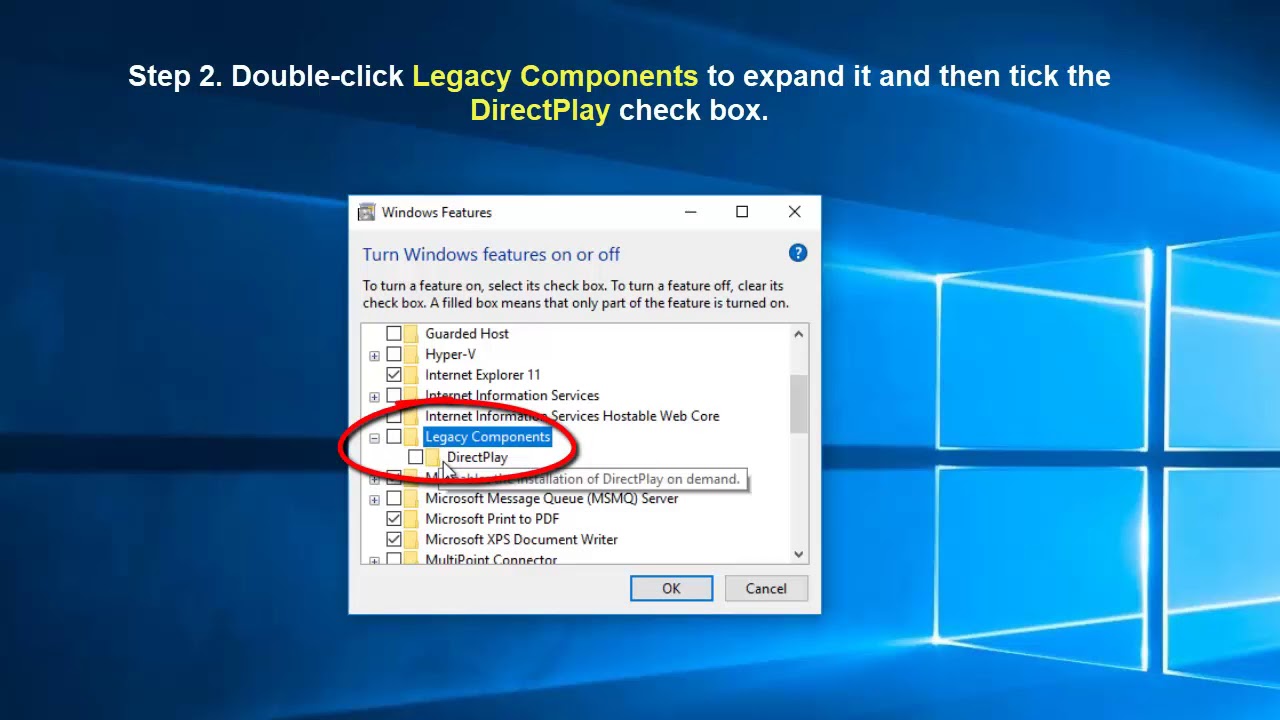 Direct Play is an older DirectX component that is still useful in older games and is an excellent software for Windows games. In DirectPlay Windows 10, you can log in with two or more users, and the network on your PC can allow different users to communicate with each other on the same server.

What are the main highlights of Directplay?

These two were among the highlights that made games fantastic.

Despite the fact that DirectPlay is no longer supported as a Windows component, it is still included by default in Windows 10. Therefore, if you want to run some old software effectively, you’ll need to download Windows 10 direct play.

On the other hand, if you are unable to install DirectPlay for Windows 10, you can refer to the instructions for installing DirectPlay on Windows 10.

If you’ve decided to install DirectPlay, you can follow these few steps.

Step 2: Open your Control Panel by typing its name into the Run box.

Step 3: To open the uninstaller application, go to the Programs and Features menu.

Step 4:  Select the Turn Windows features on or off button from the left side.

Step 5: Switch on “Legacy components” and then select “DirectPlay” from the drop-down menu.

Step 6: After the installation process is complete, restart your computer.

If you’ve enabled DirectPlay for Windows 10, but the games are still not working, applications like antivirus may be preventing you from using it.

To turn off antivirus software,

Step 1: Go to Task Manager and click on the starting tab to see a list of programs.

Step 2: Disable the task manager’s Windows start-up tab. This will allow you to turn off antivirus software while keeping the installed software unblocked.

Method #3: Open the game in the Compatibility Mode on Windows 10

Compatibility mode modifies the configuration so that older games can operate on newer PCs with newer software, despite the fact that it was developed for older software.

Step 3: Choose Properties from the context menu by right-clicking the game.exe file.

If your game or software requires DirectPlay and you don’t have it turned on, you’ll get a notification saying your computer is missing a key component.

So, above methods were some simple and practical techniques for enabling DirectPlay on your Windows 10, PC, or laptop for improved gaming experiences with older games without dealing with any hassles.