Top 5 Reddit Features You Should Know In 2021 – Must Read 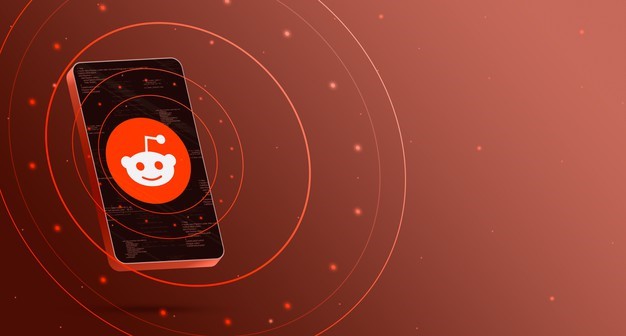 The large social media platforms may have the most users, but they don’t have the most niches. Reddit calls itself the “top page of the internet.” Reddit, which combines social networking and discussion forums, provides a similar post-sharing experience with a greater emphasis on comment dialogues and community. Reddit differs from its mainstream rivals in a few ways. You can log in to this site with the Reddit username.

For one thing, users can vote negatively or positively on all posts, which impacts where they appear in the news feeds. But the concept of “subreddits,” separate sections specializing in exclusive niches or topics, such as the news, clouds, or news about clouds, is even more unusual. This article will explain everything in detail so you can get the most out of Reddit as quickly as possible.

Reddit is a social networking site where registered users may talk about practically everything, from news and music to technology, comics, cinema, literature, and the oddest things in the world. It is a community-controlled content aggregator. In addition to a well-known website, Users may submit information such as photographs, text, links, and videos thanks to Reddit’s framework.

The entries are then voted up or down by other users. The items are organized using subreddits, which are user-created discussion boards that cover a wide range of topics like politics, science, movies, news, breaking news, literature, sports, health, cuisine, entertainment, and so on. After you’ve signed up, you may also learn how to change your Reddit username.

Let us look at some of the best features of Reddit that you must lookout for this year:

Every user has a karma score, which is a gamification notion. Based on the downvoting and upvoting explained before, this effectively determines the quality of a user’s comments and uploads to the site. Your karma rises when your comments and submissions receive a lot of upvotes.

It goes down if they get a lot of downvotes. There isn’t any real benefit in this. You won’t receive any prizes or anything physical as a result of your participation. It essentially serves as a signal to others that you are a responsible user of the site. There are, of course, bragging rights to be had.

Reddit gold is a premium membership option that provides users with additional privileges. This includes the ability to turn off adverts, the option to create subreddits that are only accessible to gold members, and the option to design custom avatars.

Nothing is required to use the site; they are merely benefits. The option to give gold to other users is a key part of this. This has become a popular approach to express your appreciation for anything someone has shared. Are you also aware of Reddit dark mode?

These didn’t start on Reddit, but it’s currently the most common place to find them. The acronym AMA stands for “Ask Me Anything.” A person introduces themselves and answers questions from users on the site about anything and everything. They have their own subreddit on Reddit, r/IamA.

These establish the “I am a ***, ask me anything” format. Anything from “baker” to “nuclear scientist” might be used in lieu of the stars. Other subreddits will now host their own AMAs depending on their specialized subject, such as a classical music subreddit’s AMA with a conductor. This format has gained a lot of traction.

Even if you want to remain anonymous, Reddit will keep track of your activities on the site. A list of your entries, comments, and a count of your karma will be included. It will also display how much Reddit gold you’ve purchased, your accomplishment trophy case, and the subreddits you moderate. They’re basic and uncomplicated, but Reddit has ideas.

They’re releasing new profiles that let you upload a photo, add a bio, and submit articles to your page. Although nothing big occurred, many members of the community were concerned that Reddit was attempting to emulate Facebook or Tumblr. While all users will have to accept the new profile, users will still be able to remain anonymous.

Reddit, like most other social media networks, displays advertisements. They’re straightforward, with a mix of banner adverts and entries that appear to be standard subreddit entries. A growing number of marketers and businesses are using Reddit to promote their products and services. Aside from the high amounts of traffic, ad customization is straightforward and quick owing to the hyper-targeted nature of subreddits.

You may learn a lot about the individuals you want to promote by just reading their submissions. In comparison to networks like Facebook, Reddit advertising is now quite affordable. This will undoubtedly change as more people use Reddit advertisements, but for now, it’s a terrific way to acquire cheap and relevant traffic to your website.

Reddit touts itself as the “Internet’s Front Page.” Users, known as Redditors, publish fascinating and valuable stuff hourly to the site, which offers an incredible volume of content.

You can walk in and browse and feel right at home because the information caters to practically every interest conceivable.