How to Identify Different Types of Magic Mushrooms 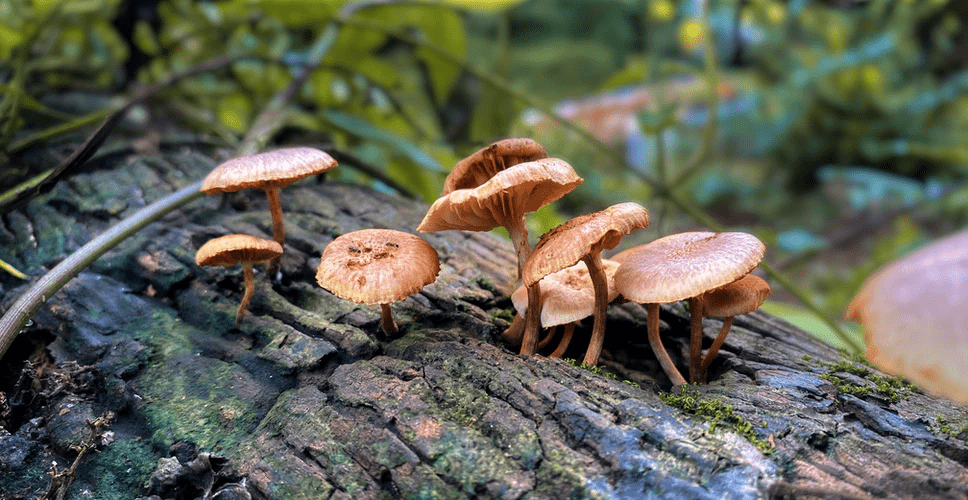 Different types of shrooms have a distinct impact on you, depending on where they grow and what external factors they were subjected to. While shrooms are slowly gaining popularity, you can have them in more ways than one.

Yes, you read that right. You can consume them solo, mix them up with fruits and vegetables, use them to make tea, or the more adventurous people can also smoke them.

How to identify a magic mushroom?

It is very important to differentiate between magic mushrooms and normal mushrooms. While simple, it can also get tricky at times. This is primarily because there are more than 150 varieties of magic mushrooms available in our surroundings.

All the different magic mushrooms contain different levels and amounts of psilocybin, a naturally-occurring psychoactive and hallucinogenic compound. It is essential to understand the mushroom’s total psychedelic potency so that you consume it in an acceptable amount. Therefore, it is incredibly crucial to identify a magic mushroom and separate it from regular mushrooms.

Below are a few different types of psychedelic mushrooms that are available for consumption:

With a strong content of 1.8% of psilocybin, this is a potent magic mushroom and must be taken with great caution. It is often found in places along the west coast of the U.S and Oregon, etc. They are also called “flying saucer” Magic Mushrooms and have caps shaped like saucers. The younger ones have conical hats, and as they age, the cap gets flatter. The mature ones might have a deep blue hue.

This magic mushroom variety is commonly known by various names such as “bottle caps, knobby tops, bluebells, olive caps,” etc. They are found in Oregon and the Pacific northwest. They have a potency of about 1.54%. The cap is broad and conical in shape, olive-brown in color. The surface is gelatin-like and is usually separable.

This variety grows primarily in parts of Central Europe, especially during the autumn season. It generally grows on woody debris, mainly of Betula, Alnus, and Piceae trees. It has a total potency of 1.47%. The cap is conical in shape but eventually turns the plane to convex in shape with maturity. It’s orangish-brown in color and is lighter on the outside. It has a gelatinous pellicle which is not removable.

Also known as “liberty caps,” these mushrooms have a high psychedelic potency level with psilocybin content of 0.98%. It grows in native grasslands habitats and wet environments. It usually grows on the roots of plants. They are more commonly found in Switzerland, Canada, Russia, Poland, the U.S., etc. They have large brown caps and curved stems, which are pale in color. The color of the cap may vary according to its hydrated state. A well-hydrated shroom would have a brown cap with a blue tinge. If the shroom is injured, it will turn blue.

It grows on cattle poop or grounds rich in this manure. It can be found in the U.S, Mexico, Central America, Cuba, etc. The cap is bell-like when the shroom is young, and as it matures, the cap turns convex in shape. It is reddish-brown, and as it matures, it turns pale brown.It has a total potency of 1.26%.

Also known as “wavy caps,” found in fields of rotten woods and sawdust. It mostly grows in parts of the U.K., the U.S., and Europe. It has a total potency of 1.24%, and its cap is wide and wavy. It is brownish when young and turns more caramel as it ages. It might also have a gelatinous pellicle.

There are various side effects in case you overdo or abuse the use of magic mushrooms. A few of these are Enhanced senses, temporary hallucinations, mood swings, euphoria, nausea, anxiety, insomnia, and high blood pressure.

While it is crucial to understand different types of magic mushrooms, you must also be aware of mushroom poisoning. It happens when a mushroom is misidentified and consumed. Some mushrooms might have toxins in them, and their consumption might not be safe. It might cause nausea, gastrointestinal irritation, and some could be life-threatening too.

So it is imperative to understand the identification of these psychedelic mushrooms. If you wish to try magic mushrooms, you must seek proper support to identify the correct ones before consumption. It is the only way to ensure your trip safely under its influence.