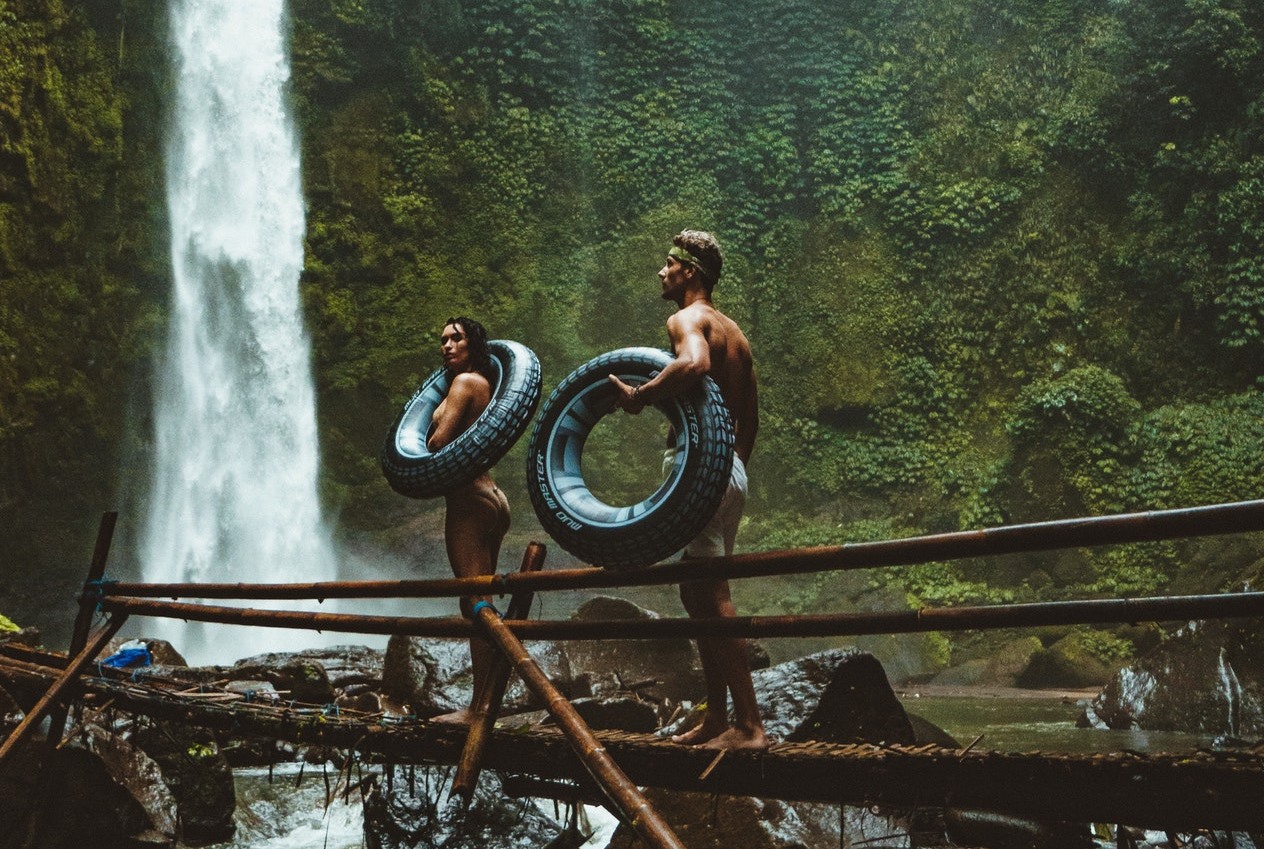 Humans have an innate urge to travel and explore. This urge has taken us to the farthest reaches of our planet. Some turn their exploration into discovery and adventure, whereas others explore solely to push the limits of humanity.

Whatever the reason for your exploration is, you need to make it into a life-changing experience and try to achieve that every single time. Every time you go out to explore, you will find new adventures and write your own experiences.

There are many places around our planet that offer life-altering experiences and you would probably need several lifetimes to live through all of them. That’s why you should start this summer with one of these excellent summer vacation ideas.

The Amazon rainforest is so big that is spans across eight different countries in South America. It’s as big as the United States, including Hawaii and Alaska. It has 4,100 miles of winding rivers and 1.4 billion acres of dense tropical forests. It’s also home to 1 in 10 known species on planet Earth. Now imagine the adventures you could have there.

There are plenty of things to do in the Amazon Rainforest, such as jungle walking, piranha fishing, swimming with pink dolphins, kayaking, paddle boarding, etc. You can go on cruises through the rainforest, visit UNESCO world heritage sites, national parks, play with manatees…

We suggest you start with a jungle walk to get familiar with all the wildlife of the rainforest. After you’re done with that, the adventures will start writing themselves.

Explore the food culture of Vietnam

People who live in larger cities with cuisines from all across the globe are probably familiar with the diversity of tastes the Vietnamese cuisine offers. And there is no better way to discover a culture than to taste the food while traveling.

The country is divided into 3 regions – Northern, Central, and Southern – and every region has some differences in ingredients and flavors.

This type of tourism takes you on a life-changing journey through the Volcanoes National Park where you get to be really close and personal with some of the largest creatures on the planet. The best time for the tour is between June and September, during the dry season.

And if you plan to embark on this special ecotour, make sure you order a special permit because there is a daily limit for the number of people who can go gorilla spotting. How often will you get the chance to stand that close to some of the most magnificent creatures on Earth?

There’s just something special about the salt flats of Bolivia. Natively known as Salar de Uyuni, this part of our planet boasts a remarkable vista unlike any other. The salt flats are famous for two particular seasons – dry season which has an ideal climate for visiting and lasts from May to November, and a rainy season that lasts from December to January, but tends to have a lot of canceled tours.

Salar de Uyuni is famous for the mirror-like ground that reflects the sky and gives an illusion of an infinite landscape. This happens when the nearby lake pours over during the rainy season, but due to many cancellations, most tourists opt for the dry season.

If you want to visit Salar de Uyuni, you should do it during the summer because the ground is solid, and you can go on driving tours as well as experience the breathtaking beauty of the starry sky. You can also check the weather forecast, wait for a rainy day and get the same experience as you would during the rainy season.

The alien beauty of Socotra

Yemen’s island of Socotra is part of an archipelago located in the Indian Ocean. Due to its unique landscape, Socotra is widely regarded as the most alien place on Earth. The island is so secluded that there are barely any roads and the only native mammal on the island is a colony of bats.

Socotra is surrounded by beautiful beaches, while the island is full of tall mountains, and almost all fertile ground is embellished with Dragon Blood’s trees. The island has such a distinctive look that sailors made it into a place of legends. Some even believe that Socotra is the remnant of the Garden of Eden. Our world is full of beautiful, mesmerizing and unique places. From the moment you start exploring and get a glimpse of any of these locations, you will be hooked for life. And what better way to live your life than through life-changing experiences.